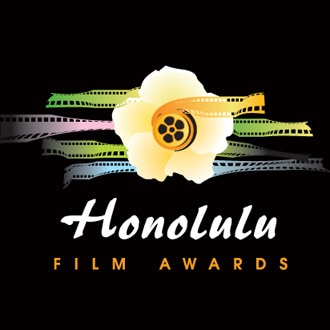 Best Screenplay- Honolulu Film Awards
"I did chuckle and laugh a bit... I loved your opening with the red curtains and then the sky background. The music is good throughout and I liked the idea for the search for the golden dustpan... With your large cast, you are the Cecil B. DeMille of Bangor!"-- Sanford Phippen, University of Maine
"captures the sound a style of a bygone romantic era. It also shows flashes of bold originality"-- Fred Goldrich, Bagaduce Music Lending Library
"There is a learning process where auteurs develop their skills and Slim is evidence of director Michael Arell at the start of such a process.... creating a full feature length film is a tough slog and should be applauded. Keep creating films Arell and co"-- Carl Burgess, Screen Critix.com
"One scene comparing an epic fail with a splashing whale at SeaWorld was pretty decent though, and Arell himself manages to take a few scenes seriously, especially in the final third.... I would however applaud the numerous locations used, and there is a pretty thrilling car chase at one point"--Chris Olson, UK Film Review
"Slim is a fun film, at least in goofy sort of guilty pleasure kind of way. It's the kind of film that you watch and think to yourself "Oh my, this is godawful." Then, when it's over you start it all over and watch it again.... The truth is that I rather admire Arell's confidence and, in fact, he's done a few things in promoting his film in a way vastly superior to many of his more experienced peers. For example, it's refreshing to have a filmmaker having obviously read all the submission guidelines and taking care to submit everything requested. It's refreshing to have a filmmaker who has created an IMDB page, created a website, created a social media campaign and made sure to provide a streaming link to their film. Perfection"--Richard Propes, The Independent Critic
"In Slim, Arell seeks to capture a freewheeling, improvisational spirit with his story, dialogue and comedic situations.  This does lead to a few chuckles....It is clear that there was an ambitious vision for Slim....Some of the locations were well chosen, like a wide-open field full of people enslaved by the Nunzonians....There are a few instances of creative editing.  During a fight scene, Arell cuts away to footage of a lightbulb being smashed, to emphasize the hits.  This adds some visual comedy....$0 is the dream expense report for us microbudget filmmakers.  Yet, it rarely happens this way. Arell found a way to make this a reality.  He called in favors from family and friends, used the camera he already owned, wrangled food donations, and got volunteers to help both in front of the camera and behind.  This type of resourcefulness will go a long way in helping Arell get his future productions made, as it’s a great skill to have as a growing filmmaker!"--Manuel Crosby, Microfilmmaker Magazine