My goal is to save you time, by sharing what I have learned. It will help you reach your goals faster by having a better understanding of what works (and what to avoid).

When you buy my products, you are supporting an independent artist. Don’t have time for a movie or song today? You can still support my work with positive merchandise at my TeeSpring.com store.

I have always believed that any dream is possible.

At age 6, I became very interested in how movies were made and tried to learn all that I could through books, documentaries, and commentaries. By the time I was 7, I started creating my own films with the help of my family and friends and the use of my grandfather’s camcorder. When I was 8 years old, I began piano lessons and music joined film as a big part of my life. The more I learned, my movies became more involved and the music I wrote became more complex.

I completed college in 2012 with a degree in music education and a minor in film. I began teaching PreK-8 music in 2013. That same year, I began directing church music including adult choir and instruments.

I was very excited in 2014 to win a music educator’s award and grant package. In 2017, my film SLIM won 3 awards. In 2018, an album I produced and directed with my church choir won a music award and was heard on various internet radio stations.

In the 2019-2020 school year, I organized a successful instrument drive for my school music program and managed to receive more than $30,000 in grant money and over 35 instrument donations.

I love what I do and I want to share that joy with you.

Make a direct donation through Paypal to support my work. 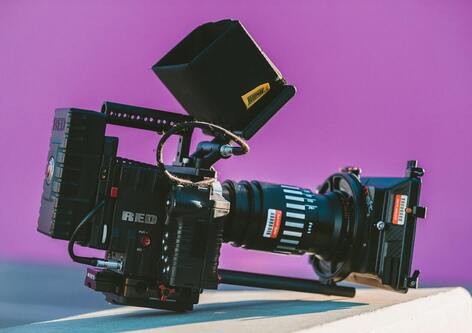